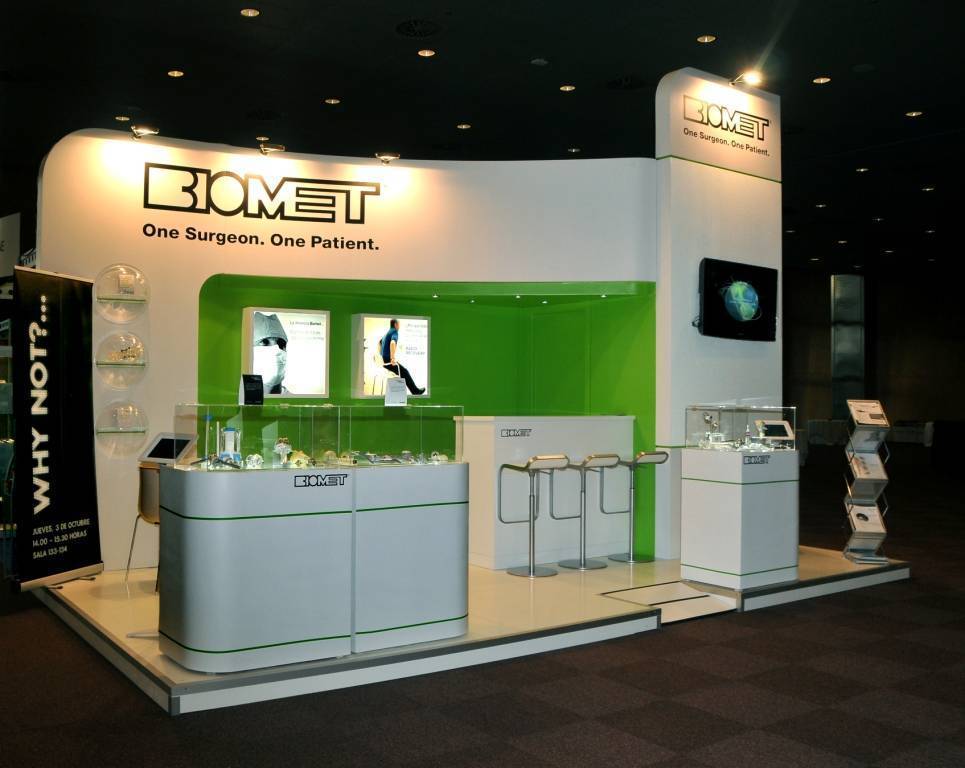 Posted at 11:22h in Noticias by Administador 0 Comments

The past 2 to 4 October Barcelona hosted the Congress of ” The Spanish Society of Orthopaedic Surgery and Pharmacology ” . For this congress held AVANZA EVENTS built two stands for two exhibitors.

For exhibitor Exactech , the stand was made was made of lacquered wood and soil quality in melanin. Was to design a functional stand that would allow commercial products to teach both physically and virtually. Being an Island 6×6 4 corners were used to create four work areas, each counted separately with : meeting area with high table and stools, display case and its own LCD screen which in turn was connected to an iPad for the interactive exhibition with their customers.

In the center of the space decorated store commonly used with corporate graphics and an arc that covered him had maximum height channel letters polyethylene to give greater importance to the mark is placed.

Sound equipment also supply a wireless microphone that was connected to the 4-screen because at times during the briefings Congress for the audience were made, and thus combining image and sound. This elicited quite the attention of professionals who visited Congress.

Stand was also built for exhibitors Biomet . The stand was made of lacquered wood and soil quality melamine suitable for storage and reuse allowing installation in other conferences during the year.

The space was a 6×2 with one wall, try to make a stylish, modern design with a minimalist look where its products are exhibited in showcases design located at the perimeter , leaving an interior space for commercial activities . Technology also take places 2 Ipad pedestals , one on each corridor and a LCD screen .