CONSTRUCTION OF BOOTHS AT THE FAIR ALIMENTARIA y HOSTELCO (BARCELONA) 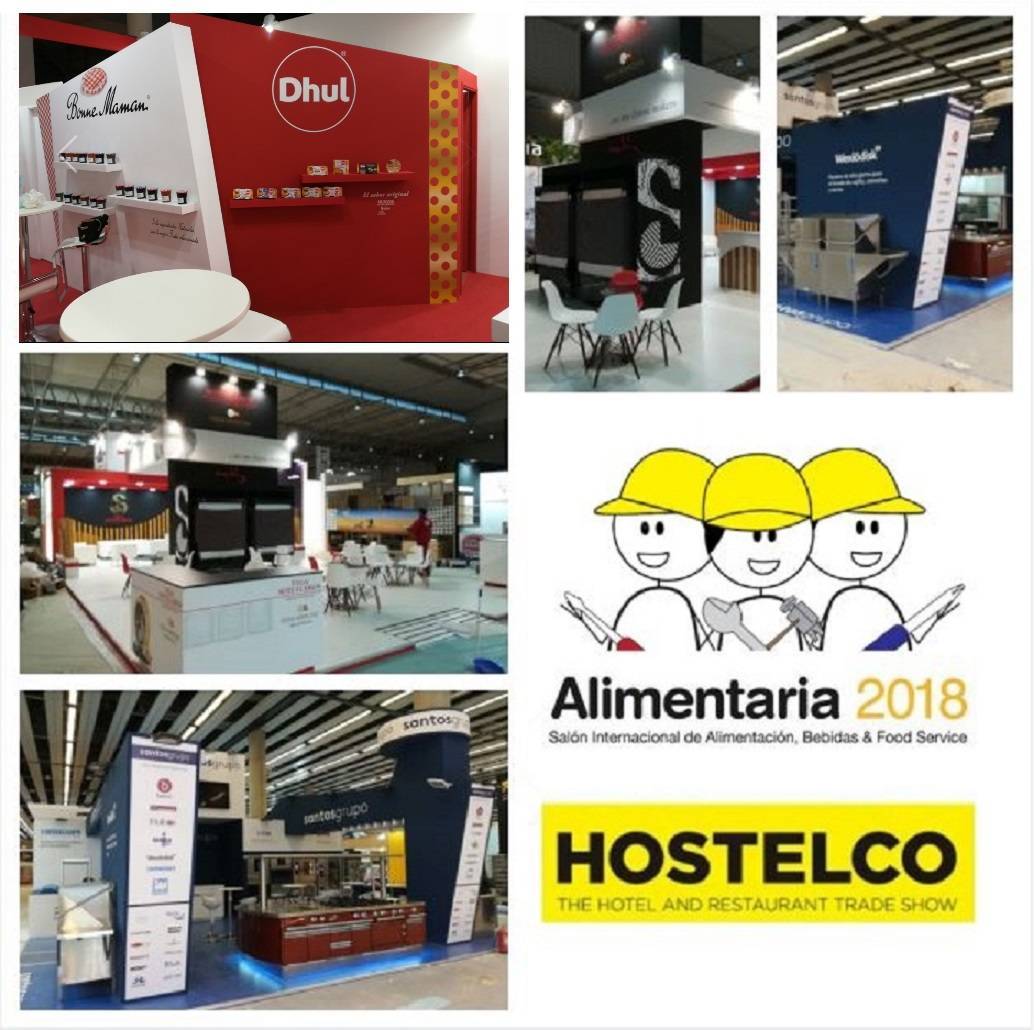 Posted at 10:52h in Noticias by Administador 0 Comments

The past month AVANZA GROUP built stands at the fair ALIMENTARIA & HOSTELCO (both fairs an international platform for the industry of food, gastronomy and hospitality equipment) taken part in Fira Barcelona.

At the Alimentaria event we build stands for the companies Queso Vega Sotuelamos and for Dhul.

The built stand for Quesos Vega Sotuelamos was constructed over a 104sqm space with melamine platform and with logo print on vinyl and place on the flooring. With a totem built to maximum height so this way they could catch visitors’ attention from any place of the pavilion.

The booth produced for Dhul was built with fun lines and at the same time maintaining the company’s image of their trade mark highlighting the amount of logos and corporative images and graphics placed on the stand. The flooring was built with platform and carpet. To catch visitors’ attention they decided for a top banner with the logos built to maximum height.

At Hostelco event we also produced and assembled another two stands for the companies Santos Grupo and for Tecno MCM.

For Santos Grupo the booth that we constructed was built in melamine platform with logos print on vinyl and placed on the flooring. Two totems, one placed near the storage room with logo and TV screen size 70” and the other is a circle totem that was also used to hide the venues column.

Tecno MCM booth was made with flooring in platform and carpet and with a lot of space for them to exhibit their products. The also decided for a totem to highest maximum so their stand would have visibility from any place of the pavilion.