PRODUCTION AND ASSEMBLY OF CUSTOM STAND IN COSMOPROF (BOLONIA) 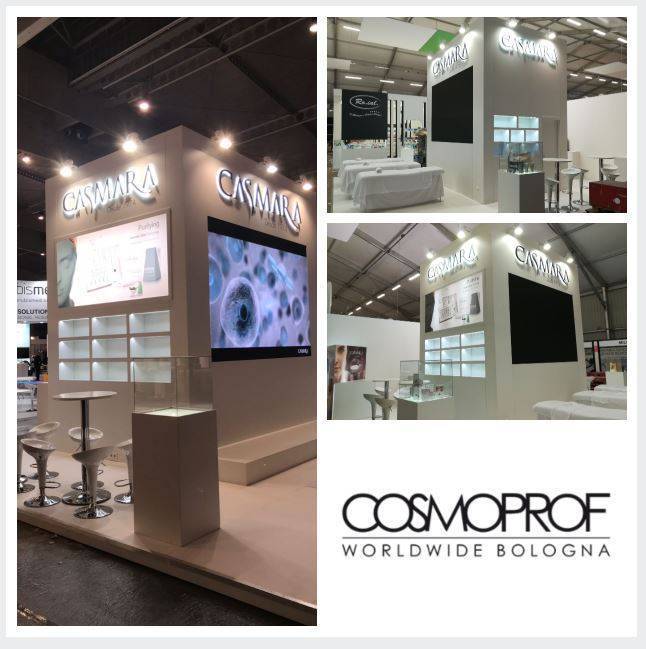 28 Apr PRODUCTION AND ASSEMBLY OF CUSTOM STAND IN COSMOPROF (BOLONIA)

Posted at 10:52h in Noticias by Administador 0 Comments

Last March the Cosmoprof fair was held in Bologna (the most important international event in the Aesthetic, Beauty and Cosmetics sector) and Avanza Group built a stand for the company Casmara.

The stand was assembled at several previous events in Spain: Salon Look at IFEMA Madrid, Cosmobeauty at Fira Barcelona, and Beauty Valencia at Feria Valencia; adapting the corresponding stand to each event.

It was built with platform and melamine with central storage room and around it display cabinets (reccessed in the wall and also independent on the floor). Also with reception desk with LED lighting on its lower part.

The stand got visitors attention with the graphics; made on vinyl, backlight canvas for the light boxes and also with backlit 3D logos. There was also a large videowall that was installed on one of the storage rooms walls.