Stand in Hamburg (Germany) – IN COSMETICS 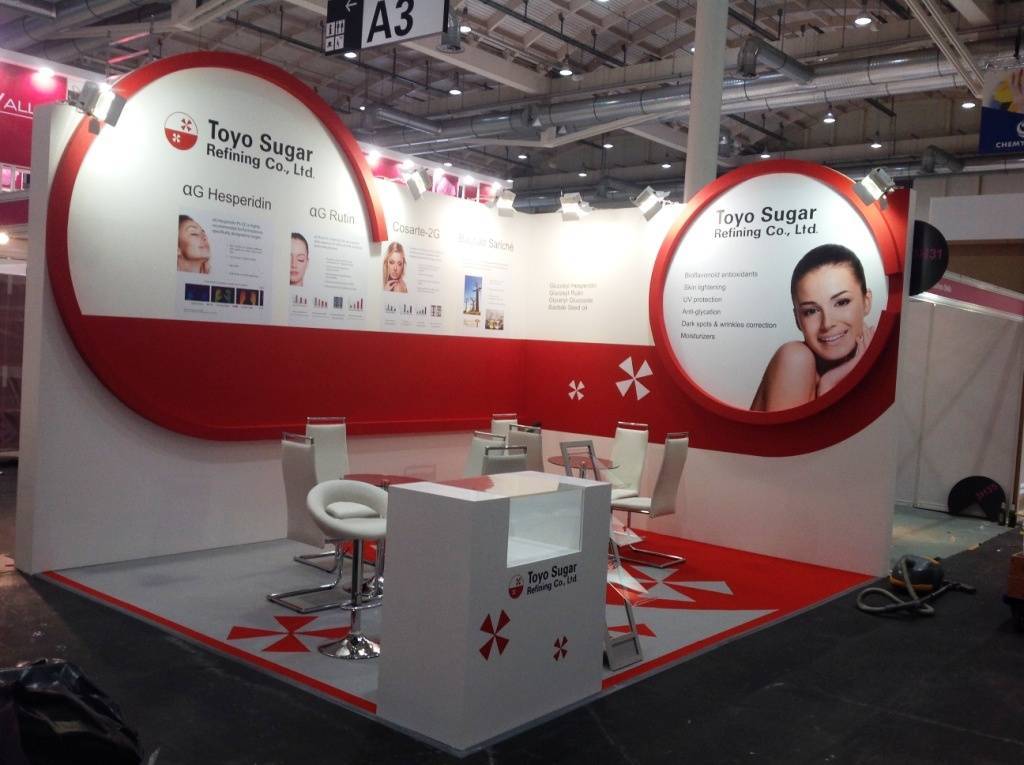 Posted at 11:32h in Noticias by Administador

The past 1st-3rd April IN-COSMETICS took place in Hamburg, were AVANZA GROUP built a stand for the company TOYO COSMETICS.

We made a stand opened to two aisles and with sides 5x4m and were two circles, one on each wall, was places to give a little height but mantaining the cleaness that the stand has.

On one Wall there were four recessed display cases with graphics, were the exhibitor could place their products.

We played with their logo on the walls, on the counter and even on the floor with the carpet.

It was a success because it was a functional stand for the exhibitor.